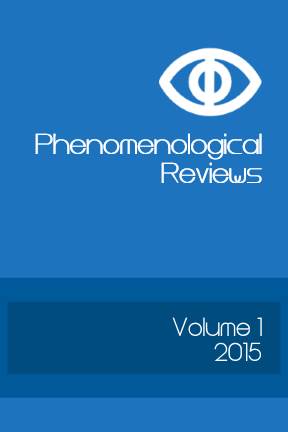 1Norman Sieroka’s book is about “the systematic, structural relations between phenomenological and (neuro)physiological aspects of perception, consciousness, and time, with a specific focus on hearing” (p. 4), based on Leibniz’s and Husserl’s views. While Sieroka displays a great depth of knowledge in his discussions of these two philosophers, his main aims are not exegetic, but consist, rather, in casting new light on the said philosophical and interdisciplinary issues. However, the scope of his interpretative project is ambitious. There is, on the one hand, Husserl, the founder of phenomenology, for whom perception is, first and foremost, conscious. On the other hand, there is Leibniz, the great rationalist metaphysician, who stands out in his era for bringing center-stage various kinds of unconscious perception. Sieroka effectively reconciles these seemingly very different perspectives, as he argues for numerous points of similarity between them and synthesizes them for mutual enrichment.

2In Part I of his book, Sieroka gives an overview of the scope and methodology of his study. He describes the Leibnizian methodology as involving extrapolation from conscious to unconscious perception, and pursuit of the structural analogies between the physical and the perceptual. His interpretation of Husserl’s phenomenological method emphasizes similarities with these Leibnizian ideas, enabling Sieroka to broaden the Husserlian conception of perception to cover unconscious states, and bring it into closer contact with empirical disciplines. He rejects what he refers to as foundationalist readings of phenomenology, insofar as they disallow the idea that phenomenology may be guided by empirical research. He also believes that he is, in effect, following Husserl in proceeding mainly by abductive and transcendental argument, rather than phenomenological description (p. 37).

3In Part II, Sieroka introduces Leibniz’s account of perception, including notions such as appetite and expression, as well as the distinction between conscious and unconscious perception. Perception, for Leibniz, is an activity of the monads. The mental and the physical aspects of perception stand in a relation of a pre-established harmony. Sieroka pursues a secular version of this idea, with a focus on the Leibnizian concept of “expression”. To say that the mental and the physical express each other is to say that they stand in a kind of relation of structural resemblance, which Sieroka interprets based on the mathematical notion of homeomorphism, falling short of an isomorphism. Unlike the other major philosophers of his time, Leibniz allows for unconscious perception, distinguishing between unnoticeable and merely unnoticed (or “minute”) unconscious perceptions. Sieroka discusses Leibniz’s reasons for proposing these distinctions, and compares these views with Dretske’s, Block’s and Dennett’s. Sieroka also lays considerable emphasis on Leibniz’s notion of an appetite, or a monadic striving to evoke new perceptions, providing clarifications of the relations between the ideas of perception and appetite, and construing appetites as part of a framework of final causation, distinct from the efficient causation that governs the physical universe. He then devotes a chapter to discussing empirical research, to garner support for the Leibnizian view of perception. He invokes the Leibnizian unconscious appetites in providing an alternative account of the results, otherwise credited with disproving the existence of free will, of an experiment by psychologist Benjamin Libet. In the last major development in Part II, Sieroka discusses Leibniz’s view of the transition from unconscious to conscious perception, viz., that it takes place in the course of the accumulation of minute perceptions, with consciousness arising when a certain threshold of distinctness of perception is attained. Sieroka interprets this as a one-level intentionalist view of consciousness, as opposed to higher-level views (p. 109). He further elaborates this view by invoking the notions of attention, reflection, memory, and apperception, and assumes the Leibnizian perspective to voice his reservations, in some final remarks, towards the influential view that conscious and unconscious states are rightly demarcated based on whether or not they possess the requisite what-it-is-likeness (pp. 118-119).

4Part III is presented as a brief “intermezzo”, consisting of just one chapter, in which empirical findings are discussed and given a Leibnizian construal. The physiology of perception is considered at different time-scales, with a focus on the range of 1s to 6-8s and the phenomenon of mismatch negativity (MMN), or a kind of sensitivity to breaks in patterns of auditory stimuli. Sieroka argues that MMN are physiological analogs of Leibnizian unnoticeable perceptions, and also brings to bear the Leibnizian notions of immediate memory and pre-attentive anticipation (p. 148).

5In Part IV, Sieroka proposes a Husserlian-Leibnizian account of perception, which he then uses to discuss the topic of time. In the merger of the two views, Leibnizian views of perceptual presence are articulated and developed in terms of the more thorough Husserlian account of the extended present, invoking the apparatus of retention, protention, and primal impression. The Husserlian account is extended to cover unconscious perceptions, and viewed as structurally analogous to the underlying physiological processes. Sieroka highlights various points of similarity between the two philosophers’ views. Thus, he interprets the Husserlian distinction between causation and motivation as being analogous to the Leibnizian distinction between efficient and final causation (Section 7.1), and he draws parallels between the Leibnizian ideas of simple reflection and appetite, on the one hand, and the Husserlian immediate memory and immediate anticipation, on the other (Section 7.2). He furthermore contrasts his Husserlian-Leibnizian account with other views and ideas, such as William James’s specious present (p. 177), and Barry Dainton’s extensionalist model of time consciousness (p. 184), criticizing these accounts for unduly privileging physical time over experienced time. Interestingly, Sieroka sees an affinity between his Husserlian-Leibnizian approach and Francesco Varela’s neurophenomenology. He argues that the significance of Varela’s approach, as well as other kindred approaches, should be seen not so much in their invoking some particular mathematical apparatus (e.g., dynamic systems theory), but more generally in their making use of a system of formal notation to investigate the structural parallels between the phenomenological and physiological levels (p. 220).

6In sum, Sieroka has developed a kind of empirically-informed Husserlian-Leibnizian parallelist account of perceptual and physiological phenomena. He duly updates Leibniz where needed: instead of regarding God as the origin of the parallelism, he has effectively placed time at its core (p. 226). Throughout the book, he develops his views with great rigor, and in many passages brings to bear his perspective on current debates, attesting to the current relevance of his account. The book is very clearly written, rendering the Leibnizian and Husserlian views accessible to a broad philosophical and scientific readership, and providing a framework to organize one’s thoughts on the topics of perception and time.

Leibniz, Husserl and the brain