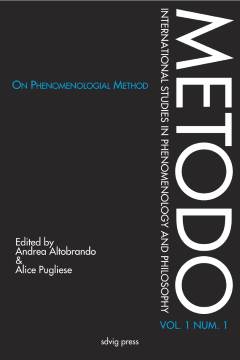 Reduction to evidence as a liberation of thinking

Husserl's Idea of Phenomenology and the origin of phenomenological reduction

Husserl’s theory of the phenomenological reduction is often explained by a radicalchange of attitude. Such an explanation is useful but sometimes misleading. TheIdea of Phenomenology clearly shows that the original idea of the reduction wasachieved through a radicalized critique of evidence. Although Husserl’s appealto evidence has often been criticized as an unjustiﬁed limitation of philosophicalthinking, a close examination of Husserl’s lectures reveals that the very ‘limitation’ to the phenomenological evidence (or self-givenness) breaks our naturalinclination toward objective identities and liberates our thinking from the naturalbut misleading division between ‘transcendence’ and ‘immanence.’ Thus, thephenomenological reduction can be interpreted as a transition from the thinkingwithout regard to evidence (i.e., based on naively positing things and their divisionswithout understanding their reason) to the philosophizing intrinsically mediatedby evidence, which can secure access for intuitive analysis to every conceivabletype of givenness insofar as it manifests itself.

Taguchi, S. (2013). Reduction to evidence as a liberation of thinking: Husserl's Idea of Phenomenology and the origin of phenomenological reduction. Metodo 1 (1), pp. 1-11.